There has been so much talk about her in news media, if you haven’t heard her story by now you must be living under a rock. This explosive story got its starts when a local TV reporter questioned Rachel about her racial identity. The answer she gave was so fascinating that she’s been making the round on national TV since then. She’s a white woman, yet she’s been living her life passing as a black woman. If you watch the video above you saw how Wendy Williams was fascinated by her.

I would really like to know why she did it and what does being black means to her? There is a lot of confusion in regards to this case. Some people are appropriately dismayed by her and others are willing to give her a past because of her work as the head of the Spokane, WA local NAACP Chapter, her work portrays her as being “down with the cause”.

I hope Rachel Dolezal understands why most of us are frustrated by this, because as black women we can’t just wake up tomorrow and decide to be white and get to partake in all the privileges and benefits that come along with that. It’s unfair. It flies in the face of all the struggle that black women go through for being black. And yet, this chick can just walk-in and claim to be black without the experience of ever being a little black girl. For example, one can’t just claim to be a doctor. There are certain experiences that one must have before making such a claim. For everything that’s bad with this story there is a good side to it as well.

It is possible to look at her and her ethnic hairdos and affirm the beauty of blackness. It’s the perfect way to confirm what’s been true all along, and now others get to see that we are right. Otherwise why would someone of another race, in America, wants to identify as black and carries herself in that way? It’s not just us claiming black is beautiful, it’s an outsider who’s now seeing the beauty and wants to be a part of it.

It’s possible that this woman might be suffering from a mental illness, or that she’s a scammer. It’s also possible that she really identifies herself as a black women. We hear all the time of gender identity issue, most famous of all is Caitlyn Jenner, so maybe now we should also consider race identity as an issue. Regardless, we now have someone from outside our community that wants to be included in it.

Everything we think we know about what it is to be a certain gender and race are now being questioned. Conservatives look at these societal changes and think the world is falling into moral decay. They never consider what if these issues were always there, but never explored because people were too afraid to challenge the common belief system at the time. Maybe it’s for the best.  Maybe it’s a sign that we’re truly becoming a free society, at last.

We’re a very diverse bunch that we don’t question each other’s blackness. It’s possible to have someone who is very light skinned and yet be black. There is so much mixing going on that we don’t really question it. The question is what does it mean to be black? Is it our skin color? We know that’s not always a true give away. Is it our hair or the way that we speak or behave? What does it really mean?

If more Caucasians begin to identify as black maybe that will help shepherd in the end of discrimination. It might help make people think twist before they discriminate against a sista with natural hair because that person might by white underneath. It’s unfortunate to have to look it this way because it shouldn’t be, but we need all the help we can get.

This story’s been generating all kinds of buzz and social commentaries by everybody. So I want to know what you think.

How does she get her hair to look like natural black hair? She has done many interviews over the past few days, and I have to be honest I haven’t watch them all so maybe she has answered it. What are your thoughts on this issue? Do you agree or disagree with my analysis? Fire your comment below. 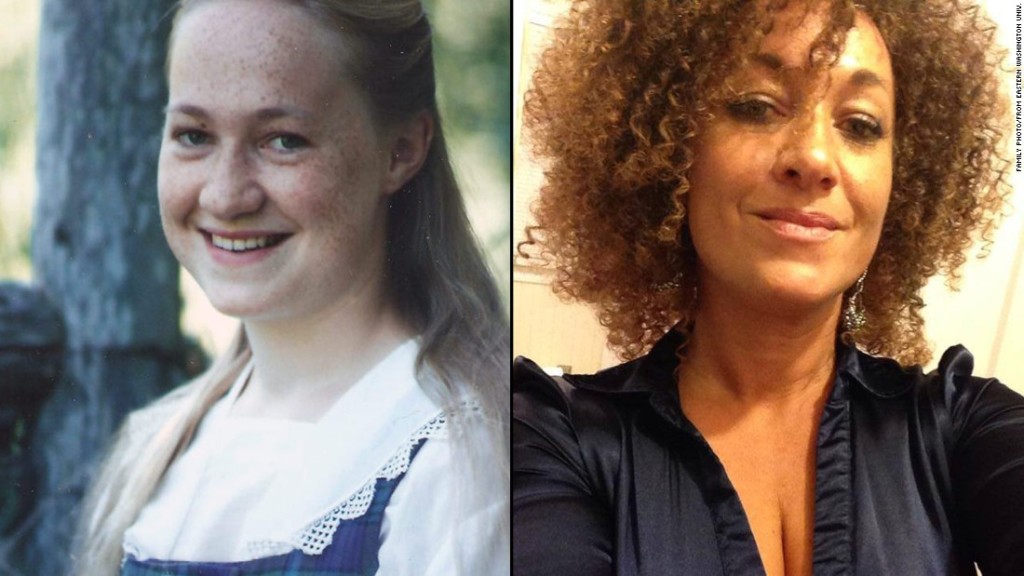