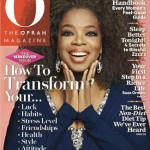 Ever since Oprah Winfrey went all natural on the cover of her O Magazine in August she has gotten the attention of women everywhere. Now even her stylist, Andre Walker, has begun talking about her hair and how he has accomplished this beautiful natural look for the talk show Queen. Andre Walker has been Oprah’s hair stylist for the past 25 years so no one knows Oprah’s hair better than him other than the TV host herself.

I don’t think I was a big influence because she’s always wanted to do that. We just never had the opportunity. You probably heard Oprah say during the summer she braids it or gives it a break. When that six weeks is up, we normally take it out and it’s wavy and full. She thought, this is a great style, maybe I should wear my hair this way. We just finally decided to do it for the September cover.In his upcoming product line launch, which is set to be released in spring, Andre lets the cat out of the bag, so to speak! When asked if he played a part in influencing Oprah’s decision to go natural on the cover; his answer was none the less surprising

There are some who doubt whether this is her real hair. According to her stylist that’s her hair with just a little bit of oil and styling cream to maintain the style. So if you were in doubt, there you have it. If you have an interest in sporting this natural look yourself Andre talks about how it can be achieved. He describes the process as first starting with the hair a little damp…

Usually I start with hair that’s a little damp, and on her we add a little bit of some sort of oil and a little bit of styling cream, something that gets it a little bit of shine and hold. Then we cornrow it while it’s damp and then, overnight if you can, let it dry. Then the next day I unbraid it and finger it out until I get it exactly where I want it and maybe add a little bit more oil to it like, Argan oil. That’s pretty much it, it’s as simple as that.

I kind of teased it a little bit, too, to get it that full. There’s another cover coming out where it’s also natural but not as full. It’s probably a little, for lack of a better word, floppier.

There is no easy way of keeping and maintaining a natural hair look, or any kind of hair for that matter. Even Oprah is said to change her hair style several times in one day, due mainly to her previous occupation as a daytime television show host. For the rest of you naturalistas out there, take comfort in the fact that the natural hair revolution has just begun for black women everywhere. To head up this quickly emerging, growing trend are celebrities such as best actress nominee Viola Davis; best supporting actress and talk show host Oprah Winfrey; and Grammy-winning American poet, actress, and singer-songwriter Jill Scott to name a few who are proud to wear their hair in its natural state.

Please share your thoughts on Black Celebs wearing their hair natural. Do you think it’s just a trend or is it here to stay? And don’t forget to hit the share button to share this article with friends.