It looks like the military has roll back its regulations on African American hairstyles. This story is being reported on by Time.com on Aug. 13, 2014. Assuming these reports are true; it’s apparently a great victory for black women not only in the military but around this country.

These restrictions have sparked lots of outrage. Justifiably! And now finally, it looks like the result of many months of cries of indignation by African American soldiers and the Congressional Black Caucus have resulted in the army reversing itself. This I’m very happy to report. As you know, we don’t report news here, but that decision by the army to ban black natural hair directly effected our community, and so deserved to be reported on.

I’m very glad and grateful to the Secretary of Defense Chuck Hagel for listening and take swift action to undo such ill-behaved decision on the part of the army.

This has got to be the most embarrassing story for the army. I hope before making such boneheaded decision like this in the future that they consider the people it’s going to impact and how it will be perceived.

What are your thoughts on this reversal by the army? What do you hope they’ve learned from this embarrassment? 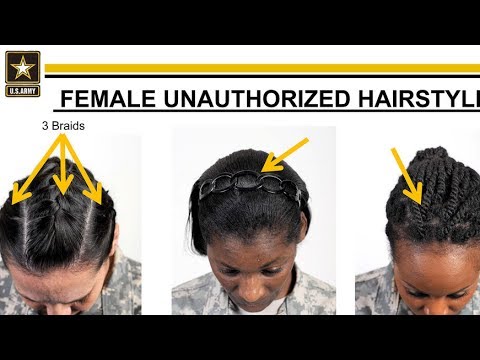